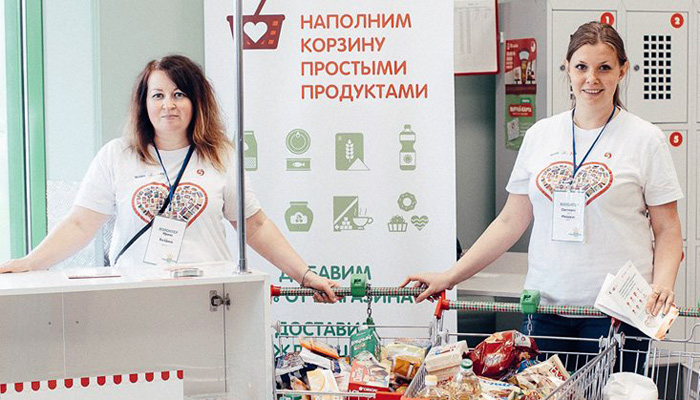 X5 Retail Group, a leading Russian food retailer (LSE and MOEX ticker: FIVE), and Foodbank Rus, Russia’s first food bank, announce the results of the city-wide Basket of Kindness food marathon in Moscow, which collected donations for low-income seniors living in rural areas ahead of the New Year’s holiday. The initiative collected 25 tonnes of food at 239 Perekrestok stores and 3 Karusel hypermarkets in Moscow. In the coming days, volunteers and social workers will deliver 4,098 food baskets to seniors in need across small settlements, villages and towns in the Moscow, Tula, Tver, Vladimir, Kaluga, Bryansk and Orel regions.

The Moscow food marathon was the fifth and last city-wide event this year. It involved 500 volunteers and was run in partnership with Procter & Gamble; the household chemicals producer donated three tonnes of laundry detergent as part of the food drive.

Earlier this year, X5 and Foodbank Rus held four other city-wide food marathons in the Russian cities of Kazan, Yekaterinburg, Samara and Nizhny Novgorod (which hosted an online food marathon).

The Basket of Kindness project collected over 95 tonnes of food in 2018, including 6 tonnes donated online through корзинадоброты.рф. Compared with 2017, food donations have increased by nearly 25%.