Results of Our Work in April 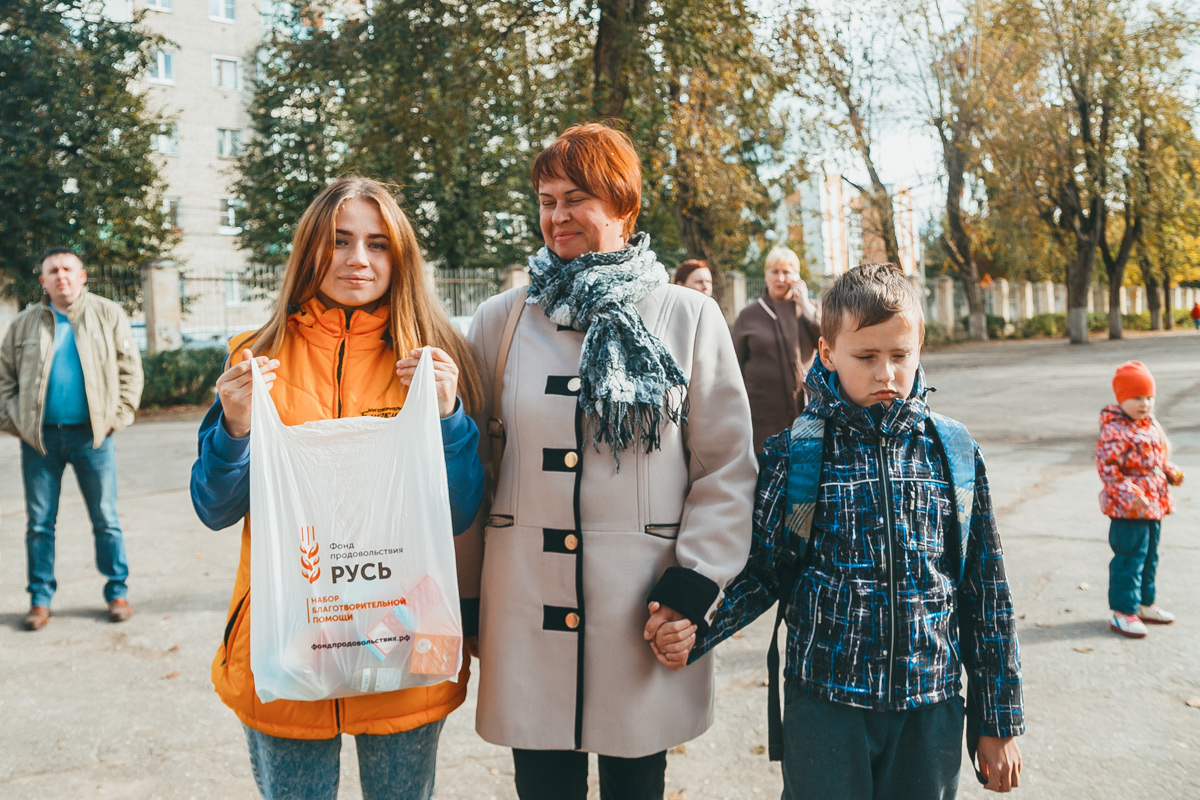 We continue to work as a part of #МЫВМЕСТЕ (#MYVMESTE) activity. We effort to support with food pensioners, who for more than a month are in forced isolation, so as families are in difficult living conditions due to the current economic situation.

The Foodbank Rus is actively expanding the area of aid. The branch in Ryazan was opened in April. We strive to increase the volume of food for this region. 500 sets were distributed at the moment. Now we are focused on families, families with disabled children, large families. At least the appearance of products, the number of beneficiaries will increase.

Big work does the district office of Foodbank Rus in Chelyabinsk. We were able to complete additional sets for pensioners aged 70 years. Total 43,900 (instead of the original 40,000).

In St. Petersburg with support of the Committee on the social policy and Committee on the youth policy and interaction with public organisations, the partnership with companies Mondeliz Rus and the retail network Magnit 10,000 food parcels was formed for single pensioners. The campaign received additional publicity and response in society also because of football stars participation as volunteers.

In addition to work within #МЫВМЕСТЕ (#MYVMESTE) the Foodbank Rus continue to be a part of ongoing promotions with our partners. In the traditional “Basket of Kindness” in April, the Foodbank Rus and X5 Retail Group decided to expand the list of regions on food aid in the online collection of products on the website корзинадобра.рф. Food packages were delivered to elderly people living not only in Moscow but in the Moscow Region and St.Petersburg.

Foodbank Rus and the X5 Retail Group, during the spread of the new type of coronavirus infection, donated 3,500 food sets to doctors of the Sklifosovsky Moscow City Research Institute of Emergency Medicine and their families—expanding the purpose of the “Basket of Kindness” project. So the company and the charity foundation express their gratitude to the doctors for their dedicated work.