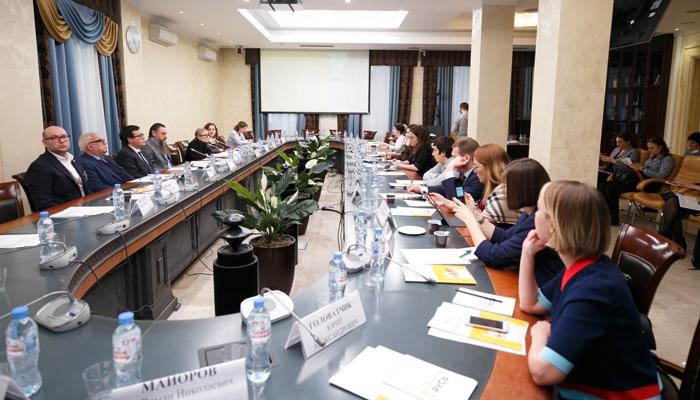 According to the participants of the public hearings, in order to solve the problem of increasing food waste generation in Russia, the state, business and public organizations should combine their efforts and develop a common approach to this topic. An effective way to prevent wasteful use of food can be foodsharing, which requires creating a motivational mechanism for producers and retailers to distribute surplus products before the expiration date through charitable or religious organizations. It is necessary to find a tax compromise that will make it possible to equalize the transfer of goods to charity and disposal from a financial point of view.

“It is difficult to underestimate the amount of work that the Foodbank Rus has done during its existence,” said Alexey Eremin, a member of the Commission on charity, civic education and social responsibility. “The Foundation saves an average of 6,000 tons of food per year from recycling. Of course, this is not much against the background of the volume of food that is sent to the landfill every year in Russia. If the volume of saved food reached 1.2 mln tons, we could feed 20 mln people a year, which is how many people in Russia are below the poverty line according to Rosstat. We are well aware that there are serious barriers to the Fund. Unfortunately, manufacturers are now more profitable to throw away good products than to donate to charity due to a number of tax nuances. But I am sure that through joint efforts, thanks to such events, we will be able to move this matter from the point where it is now and reach the scale of assistance to all the people in need in Russia.”

During the event, experts discussed the developed amendments to the Tax code of the Russian Federation, which will be able to exempt products transferred to charity from income tax and VAT. The need for changes is caused by the fact that the current tax mechanism creates an additional tax burden when transferring goods to charitable organizations. Now it is much more profitable for businesses to recycle some of their products than to donate them to charity. These tax losses for VAT and profit tax can reach 38% of the cost of transferred products compared to disposal. Amendments can eliminate this injustice, which, in turn, will increase the attractiveness of charitable activities for all market participants.

The purpose of the hearing is to formulate concrete proposals for scaling up activities in the field of food donation to charity.

“Food losses and food waste concern all of us in General and each of us individually. It’s not even that every year around the world, 1 bln 300 mln tons of food ends up in landfills. Food losses and waste are the land, water and energy resources misusing, as well as soil and air pollution. We consume more resources than the Earth can produce in a calendar year. At the same time, the world’s population is growing, and the level of poverty is increasing in all countries, including Russia. There is a Foodbank Rus that can solve this problem. Saved resources in the form of products, in the form of basic necessities can be redistributed to those in need. The technology of the first food Bank in Russia effectively fights with the destruction of food surpluses, contributing to the preservation of the environment, on the one hand, and solves the problem of ensuring food security of the country, sending products to those in need, on the other hand,” said Yulia Nazarova, President of the Foodbank Rus.

The development of the foodsharing model is fully consistent with the UN sustainable development goals and brings triple benefits to society:

The Foodbank Rus, as the first and only food Bank in Russia that practices industrial foodsharing at the Federal level, presented a presentation of its activities at the hearing. In 2018 alone, more than 7,000 tons of food were saved in Russia thanks to foodsharing. Recall that by 2024, the may decree of Russian President Vladimir Putin set a goal: in six years to reduce the poverty level in the country by at least half, it should fall to 6%. At the same time, the government approved a plan to reduce the number of people with incomes below the subsistence minimum.

Based on the results of the public hearings, the Public chamber of the Russian Federation will send recommendations to the relevant state authorities.