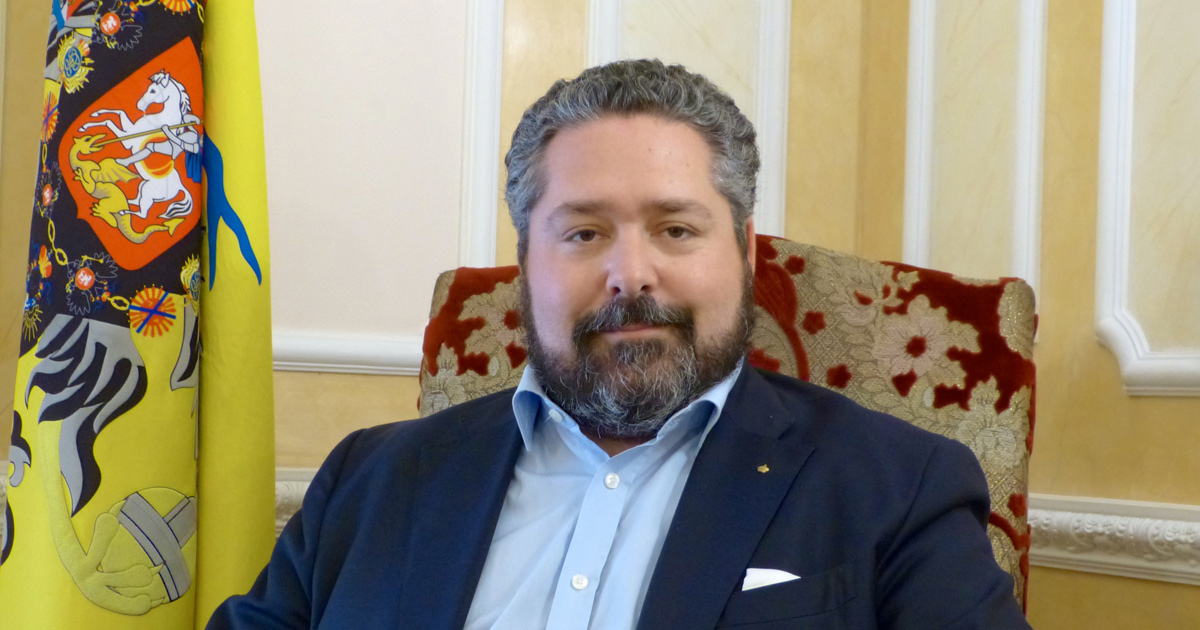 On reaching his dynastic age of majority, Grand Duke George of Russia, as heir of the Head of the Imperial House of Russia, took the oath of allegiance to his country and to his mother, as required by the Fundamental Laws of the Russian Empire, pledging to defend the Orthodox Faith, to serve Russia and his fellow countrymen, and to preserve inviolably the dynastic laws of the Imperial House.

Grand Duke George studied at Oxford University. He has worked in various capacities for the European Parliament and the European Commission. He then took a position at Norilsk Nickel, representing on an international level the interests of one of Russia’s largest companies. Today, Grand Duke George is involved in a range of philanthropic and educational projects, and also works to help develop Russia’s cultural and economic relations with countries around the world. Besides Russian, the Grand Duke fluently speaks English, French, Spanish and Italian.