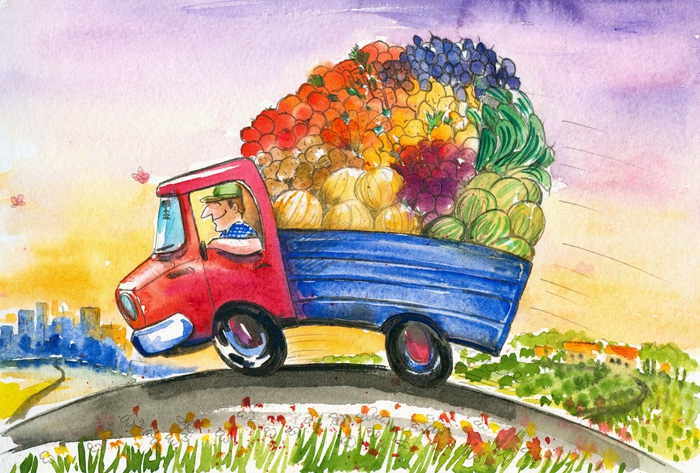 Deputies from the “United Russia” Sergey Vostretsov and Nikolai Valuev propose to exempt the gratuitous transfer of products that are still suitable for use from income tax and value added tax (VAT), which now amount to 40% of the price of the transferred goods. This was reported by Kommersant. In fact, now the charitable transfer of food products is equated to the sale. In other words, after giving away products for free, the manufacturer is obliged to pay up to 40% of the cost of the transferred product to the budget, as if he sold it and made a profit. Therefore, it is more profitable for businesses to dispose of unsold products with damaged packaging, expired shelf life, etc., since transferring them to charity means additional expenses in the form of taxes.

The new draft of amendments to the tax code states: from the 17 mln tons of food waste (30% of all municipal solid waste) that are created annually in the Russian Federation, 9.2% are created at the stages of storage and sale. And almost all food waste (94%) is sent to landfills, having a negative impact on the environment. Most solid household waste is economically attractive from the point of view of secondary use (glass containers, construction waste, plastic, waste paper, etc. however, if they are mixed with food waste, which is what happens in landfills, then their secondary use becomes economically unprofitable due to the high costs of cleaning.

The transfer of expired products to the poor directly by companies and through “foodbanks” is a common practice in many countries of the world and mandatory in many EU countries. The only foodbank in Russia is the Foodbank Rus. Every day, the Foundation receives requests from manufacturers with lists of products for charity, after which it immediately organizes the removal of products from the company's warehouses and delivers them to the points. The Fund saves an average of 6,000 tons of food a year from recycling.

Today, poverty is one of the most serious problems in Russia. According to Rosstat estimates, 21 mln people were below the poverty line in the country last year. Income growth since the 2008 crisis has been limited to a maximum of 5%, and the gap between rich and poor has only deepened. In Russia, according to experts of the Foodbank Rus, saving at least 1.2 mln tons of food a year from destruction will allow it to help 18 mln people in need (5 kg of food per person per month). Most of their spending is on food—industrial foodsharing could help achieve the President's goal of halving poverty by 2024. Interest in such amendments, as indicated by the publication, confirmed in Coca-Cola HBC Russia, PepsiCo and X5 Retail Group.

According to the Foundation’s Vice President Anna Aliyeva-Khrustaleva, the solution to the problem of poverty in Russia lies not only in overcoming tax barriers, but also in how the state regulates food processing. For example, in many countries, there is a variation in the use of products by shelf life. There are such concepts as “expiration date” and “best before”. According to her, in Russia there are no such concepts and if the product's shelf life has expired, it is no longer possible to sell or transfer it to charity. She also noted that the responsibility for the growth of food waste in Russia lies not only with producers, but also with ordinary people, since food losses occur at all stages.

It should be noted that the project also has opponents. They talk about the complexity of the administration of benefits and the connection of the initiative with the “Spring amendments” banning retailers from returning unsold products to manufacturers—their distribution is an alternative for companies to pay Deputies submitted the draft amendments to the government on January 27. It is currently under consideration by the Ministry of Finance.